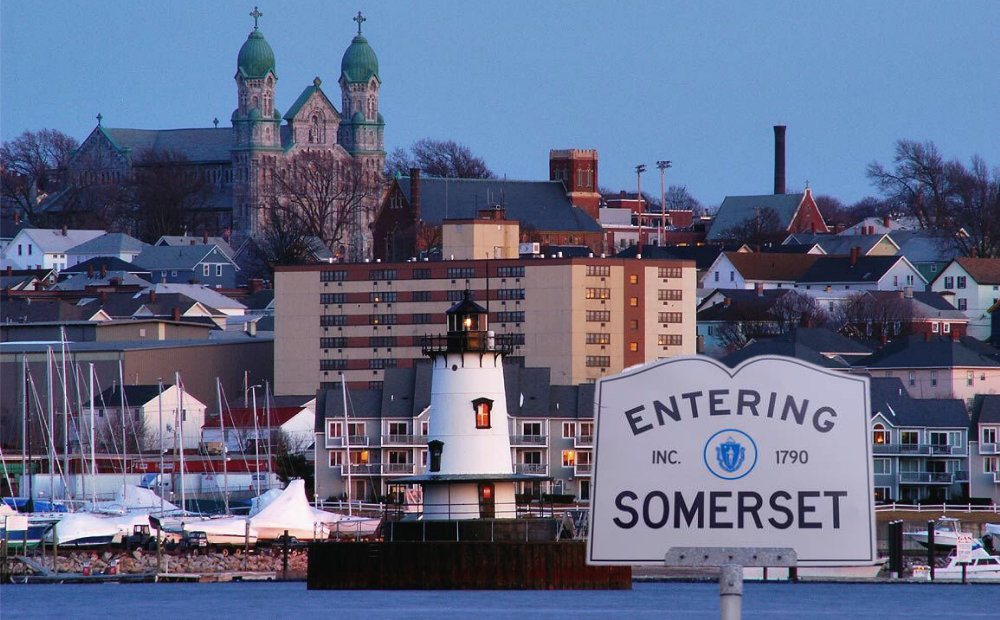 The Town of Somerset, Massachusetts, located an hour and a half south of Boston, is home to just over 18,000 residents. Robert Bozikowski, Superintendent of Water and Sewer, has been with the Town for two years and has spent his professional career working in public water system management. Working with the guidance of Somerset’s Board of Water and Sewer Commissioners, Bozikowski has been tasked with addressing an estimated $68 million in wastewater treatment plant upgrades but is awaiting a U.S. Environmental Protection Agency (EPA) mandate to necessitate the timing of this work. The Board needed a tool that would allow them to explore multiple funding scenarios and easily communicate the reasoning behind potentially significant rate increases.

The Massachusetts State Revolving Fund (SRF) will cover the majority of the $68 million in wastewater upgrades involving construction, but not the estimated $11 million in engineering and design services. The Board needed to understand the timing of borrowing, debt service payments, and rate increases to prepare for this major project. Bozikowski worked with Waterworth’s professional support team to develop a long-term financial model of the Town’s wastewater fund, and with that evaluate multiple scenarios for receiving the EPA mandate and subsequent borrowing.

Bozikowski noted, “What we figured out was that saving $11 million for the engineering work would result in significate rate increase and without an EPA mandate, may not be approved by voters.” Another scenario looked at borrowing for all the engineering and construction work once the EPA mandate was received. This also resulted in hefty rate increases and strained the department finances. The most favorable scenario implemented gradual rate increases to save for a portion of the engineering work, borrow for the remaining portion and borrow for the construction. This would provide some cash on hand to get the project moving while also having the EPA mandate to support voter approval of financing.

Bozikowski adds, “By understanding the timing, rate increases, and the impact of the rate increases have on the average customer bill, we developed a road map to funding the project. We’ll save what we can through fairly normal rate increases until the EPA mandate comes in, so we have some operating money to get the project started and will then have some time to set up our financing for the project once borrowing begins.”

Staff have determined that the most likely scenario is to receive an EPA mandate for wastewater upgrades in three years, allowing them to keep rate increases at a modest 5% until then. However, if a mandate comes earlier than expected, thanks to the Board’s scenario planning, the Town is prepared for alternative circumstances.

"[Rate consultants] write you a report, and the report is a stagnant document at that particular time... Waterworth allows you multiple scenarios and to tweak them as new information comes your way."​

EXCEL VS. RATE STUDY VS. WATERWORTH

Prior to Waterworth, as is the norm for many similar sized communities, Bozikowski used Microsoft Excel for financial planning and rates analysis. But, “I didn’t have nearly the extensive programming and formulas to carry out the information for a number of years,” says Bozikowski. “I was taking my budget, looking at how much we could save, but we didn’t have the piece that would show us what the rate increases needed to be to fund major projects. “

So, as they faced a new utility finance challenge, staff was looking for help. They first considered hiring a rates consultant, but that also came with limitations, “They write you a report, and the report is a stagnant document at that particular time.” Instead, Bozikowski landed on Waterworth, an in-house tool, backed by professional support. Essentially, the best of both worlds. “Waterworth allows you multiple scenarios and to tweak them as new information comes your way. So, I think in the end it will be much more cost-effective for us, and more timely.”

“I just feel like we have a much better plan or grasp on the process."

AFFECT ON THE FUTURE

Now that plans are made to address the Town’s wastewater system upgrades, Bozikowski says, “The last piece we’re looking at doing is adjusting the rate structure to be more equitable based on usage.” The Town is wrapping up replacement of its water meters, which following the collection of one year of more accurate usage data, will allow staff to develop a new rate structure with the assistance of Waterworth.

In a year of turbulence, Bozikowski feels like the Department has found their financial footing. “I just feel like we have a much better plan or grasp on the process. And prior to Waterworth, I was a little apprehensive. Unsure of how this was all going to play out financially. Now with Waterworth, I know what the rate increases need to be at a particular fiscal year. If the project doesn’t happen in three years like we’re planning, we can easily adjust for that. So, it just puts us on much more solid ground.”

Thanks to the Board’s ability to navigate complicated utility finances and partnering with Waterworth, the Town of Somerset is prepared to communicate their planning efforts to their customers in a format that will support an easier decision-making process.

"If the project doesn't happen in three years like we're planning, we can easily adjust for that. So, it just puts us on much more solid ground.”

See why more than 90 communities across North America trust Waterworth.