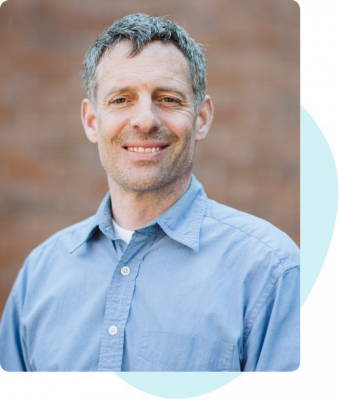 How did you end up in the water industry?

It’s a bit of a winding path — or maybe a meandering river, since we’re talking about water. My wife and I moved here from Vancouver in 2002 when she took over a medical practice here. I had been working at another startup in Vancouver, but despite that it felt like a good time to move. When I got to Victoria, I was just getting settled in and making some new connections when I met a guy who worked in water at a wine and cheese event. He needed someone to help him with some drought management planning, as a lot of small communities around the province had received grant funding to help them put together drought plans. Shortly after that, we landed a rate study contract for a regional district, which was really interesting, so I figured out the math behind that.

Yeah, my employer handed me a copy of The American Water Works Association Principles of Water Rates, Fees and Charges — otherwise known as M1. Because I come from a computer engineering background, I was like, OK, I’ll just reverse-engineer this and figure out how these tables fit together. And after spending a bunch of hours on it, I suddenly had a good handle on a new thing. That work led us to another rate study. So the industry kind of took over me in a way!

Sometimes that stuff feels like it’s meant to be — when you find yourself in an area that interests you, and so you keep exploring it, and it just gets better.

Yes. It just was one opportunity after another, and all of a sudden I found myself to have some expertise in water. It never was really intentional or deliberate. But if you ask me today how I feel about the industry, I love working in water now.

Why do you love it?

Water is such an important aspect of our lives. Communities are really struggling with staying on top of their water delivery systems. The water itself is out there; it’s free. Anybody can get at it. But delivering that water to your tap in a safe and sustainable way, that’s the thing that we all take for granted. We just assume that the water system is in good shape, and every time we turn on our taps there’s going be water there, and it’s going to be clean and safe. If you ask a bunch of people how much they should be paying for water, they’ll say, Well, it should be free! Water is a human right. Why are we paying for water? But it’s not the water, it’s the service of delivering it that’s at issue.

And that’s where Waterworth comes in. So how did meeting Kirk shape your trajectory?

Meeting Kirk really solidified my direction. One of the cities I was working with at that time wanted to change their water rates, so I got in touch with government to ask about rate elasticity, because there wasn’t a whole lot of good stuff on the internet on that topic. They referred me to Kirk. My first call with him was just, Hey, I heard you know about water pricing and elasticity. Kirk took probably half an hour to share with me all the good stuff that he knows.

Sometime later, I went to a conference for my employer at the time, and shared a booth with Kirk. And then I tried to get him to join the company I was working for, but he already was consulting and didn’t want to switch. But I kind of knew I wanted to work with Kirk; he’s a pretty dynamic guy. And his mission in all this was great. I was like, Wow, you’re saving the world because you’re helping people save water and plan for their systems to be functional in the future, whereas I’m just helping them make money.

Well, but that’s important too!

Yes, that’s key. But to do all of it in one package was a great thing. I realized we should be consulting together. It just felt right to do work with Kirk, and we had synergies because we could work well together.

So now what is your role at Waterworth?

I help our customers use the software in whatever way is best for their community. Whenever they have a question or need help, I’m their guy. I also get to hear the rave reviews when Waterworth untangles their knots!

If you were talking to people in public works over a beer, what do you most want them to understand about Waterworth?

That it’s not hard. Give it a try and you’ll see. And not only will you find that it’s not that hard, but you don’t have to spend as much time and money getting the job done. You’ll actually start to look pretty good! A lot of times, these municipalities don’t need $80,000 worth of consultant analysis and work. We’ve stripped things down to just the bare minimum: What do you need to do this year? Oh, we’ll get that done, very easily. We don’t need to do a whole bunch of meaningless work and generate a big report with lots of irrelevant information to get that done!

See why more than 80 communities across North America trust Waterworth.